The Asmats, Masters of Survivors 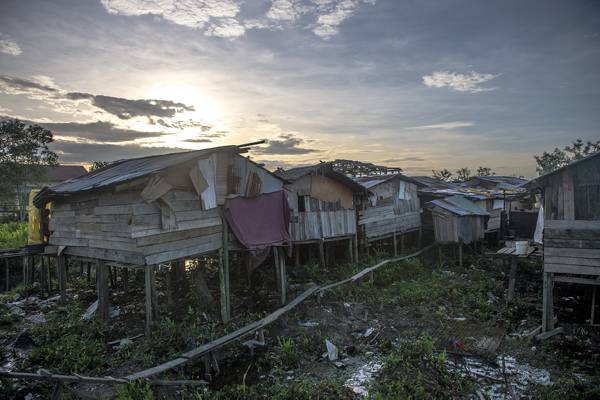 A few days ago I was reading David Hurn’s seminal book on photography, On Being A Photographer. In choosing subjects to photograph, he says, “You are not contributing anything to the issue of urban poverty by wandering back streets and snatching pictures of derelicts in doorways. That’s exploitation, not exploration.”

Exploitation, not exploration – at least that was the mindset I felt I had as soon as I arrived in Agats, the capital of Asmat Regency. Before I started shooting, I can’t help but feel, so I go to this place, snap snap, nice photos, publish it somewhere back home, and then what? I’m sure that has been a persistent question within photojournalism, but for the sake of pictures, I didn’t dwell too much on it. 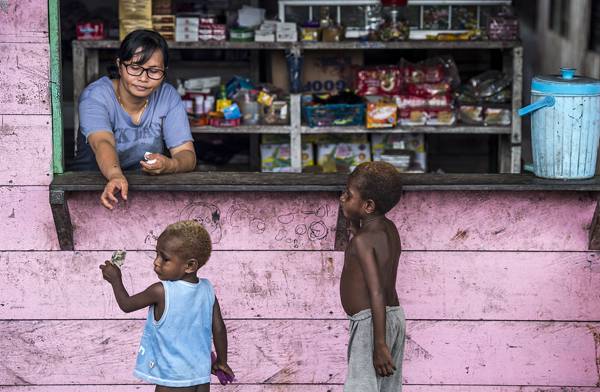 However, during the three weeks I roamed around Asmat, I didn’t find myself having to answer that question every so often. Poverty in general is staple sights, but when I photograph the people of Asmat, in truth I was taking pictures of real stars. The Asmats are “masters of survivors” as Fr. Vince Cole of the Parish of Sawa Erma put it, some of the most fearless people on earth. Their whole livelihood is built on top of stilts, they’re rooted in with their natural surroundings. They’d go to the jungle and gather what they find. The women of Asmat traditionally do everything, from hunting to taking care of their children. Their woodcarving is world famous, they never have a pattern and legends told us some of them are carved with the help of their ancestor spirits. 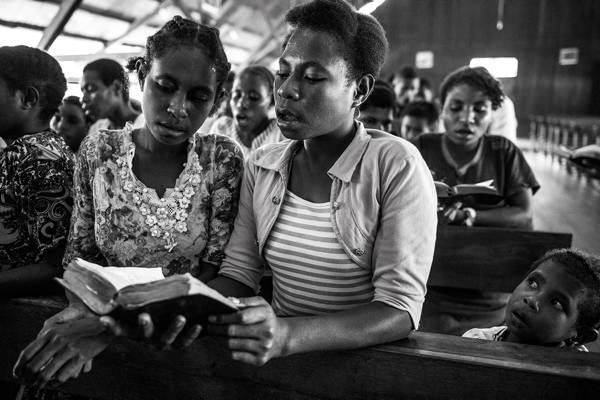 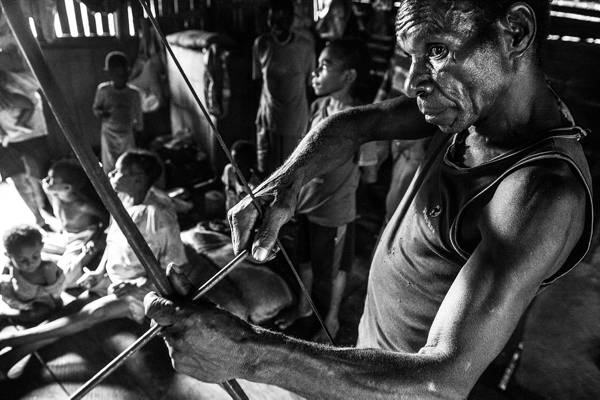 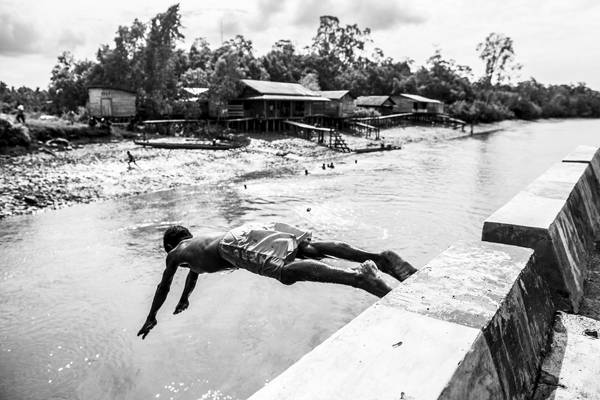 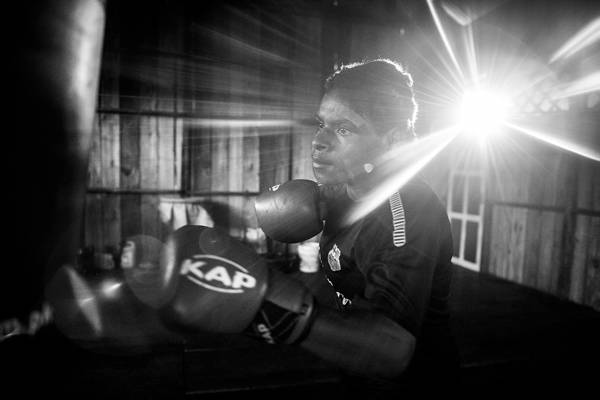 There are patches of modernization in Asmat, but they are quite far off, some ‘twenty years behind civilisation’, as one parish priest described to me. There is only one Telkomsel tower, about a few internet cafes. The best schools are located in Agats, further out they often rely on volunteers or new education system like Butet Manurung’s Sokolah Rimba. Teachers often escape, in Momugu for example they’ve only got the first set of teachers in ten years. Some of the attendants are even 20, 25 year olds still studying in Grade Two. A few nights before I left I saw an old woman, perhaps in her 70s, are carried with a wooden cart, gerobak, inside the General Hospital. The hospital is also only located in Agats so if they’re stuck in districts further out – Bayun, for example – they’d have to go to either the puskesmas (health centre) or go on a three-hour boat trip to Bayun. And there are only two speedboats available. In Bayun, too, I saw a mother breastfeeding her son while she was also smoking at the same time. Yet they still proudly pound their tifas, and dance and chants accordingly during the annual Asmat Culture Festival. 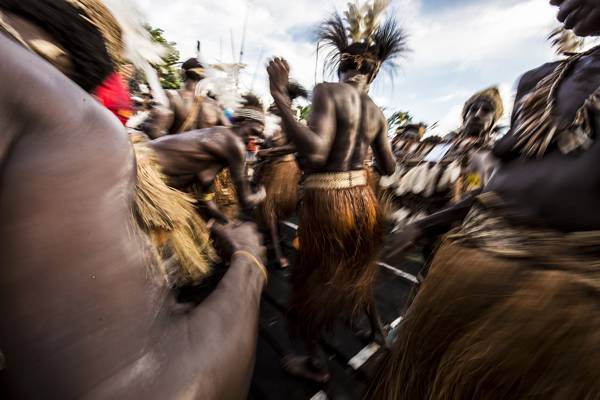 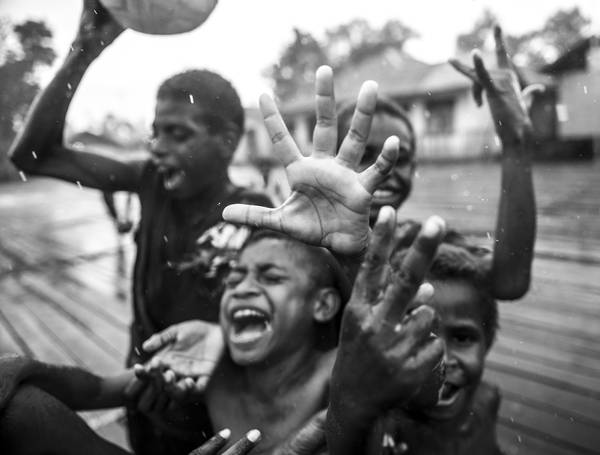 I discussed what I had seen with Fr. Inno Rettobjaan, a Kei native and a priest who’ve spent over 17 years in Agats how the Asmats are not ‘civilised’, or ‘modern’, or the idea of ‘feminism’, o is never apparent. He said, “The Asmat household is politically organized, the roles of males and females are clearly structured. It depends from what specs you’re looking at it from, but you can’t justify a certain custom to be negative, or uncivilized, just because it’s not the same as your ‘standard’.” 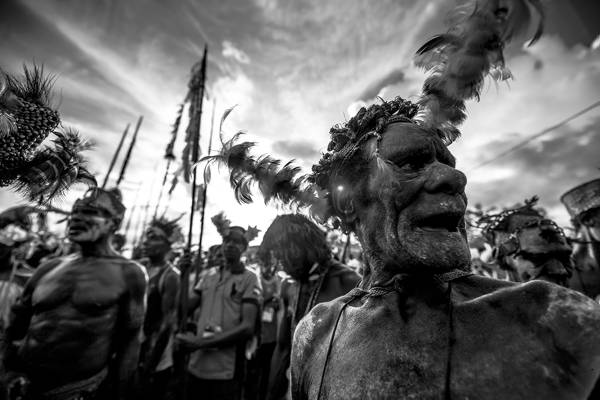 Since I got back to Jakarta, if anyone asked me how the trip was, I’d only tell my sheer admiration of the Asmats. Perhaps it’s difficult to generalize everything and expect everyone to attend formal schools and become blue collar workers, it’s difficult to see the Asmats to become ‘modern’ or ‘civilized’ as we understand it. But I think it’s far, far more difficult for us, impossible almost, to survive the way they do. Perhaps they can’t be like us, but we can’t be like them either. 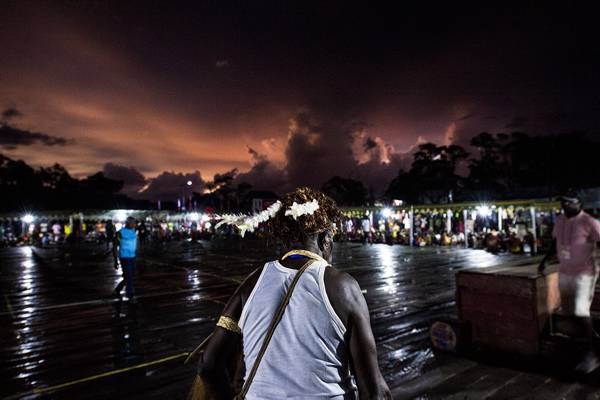 Joshua Irwandi, 21, is an English Literature graduate from the University of Exeter, UK. While being forced to read Shakespeare, most of his attention while at University went astray towards photography. He was President of Exeter Uni Photo Society and Chief Photographer for Exeposé, the campus newspaper. In the past he’s interned in Jakarta Globe, Kompas, and The Times. Josh will pursue an MA in Photojournalism and Documentary at London College of Communications, UK starting January 2014.